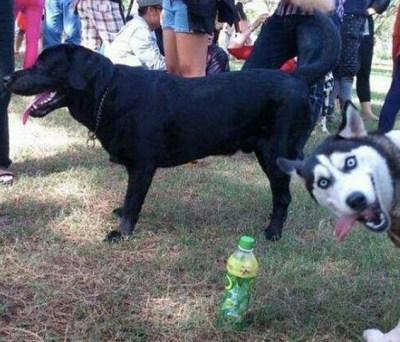 You stand as the lead character in the spotlight of your life, feeling vulnerable, empowered, and excited—and bam!  Someone else’s head pops up in front of you.  Hey!  This is MY life!

Living is a street drama of characters moving with you, toward you, and crossing your path.  You know instinctively that you should pay attention to the people who play major roles.  You may have seen them before—might see them again.  They can help you learn something.  Some seem to be bad guys, but Freddie Krueger should have taught you that negative influences keep returning until you finish them off for good.  You have to complete the lesson and pass the test before the final remake fades to black.

Some of the people milling around reflect what you’ve sent out.  The photo-bombers are measures of whether you have the courage to accept responsibility for your choices and their consequences.  If not, the photo-bombers step in to direct what should have been your show.  In my experience, the dominators are usually people who don’t feel in control of their own lives.  Your life looks like it would be easier to run, so they try to take over.  Sometimes they’re family members, sometimes friends, sometimes people at work.  If you feel the need to seize the megaphone of someone else’s life, look in the mirror.  Do you have justification for thinking you’re superior?  Are you feeling out of control in your own story?  I rest my case.

Many people who wander through your life have only bit parts in the play.  Eventually, you lose meaningful contact, a sense of what you had in common, and finally, their names.  That’s okay.  Not everyone was meant to be permanent.  In fact, if you hang onto to someone too long—after the connection stops making sense—that person will crowd your stage.  Wish him or her well and let go.  If that person is supposed to be in your life later, they will reappear or you can go find them.  If you can’t reinstate them, so be it.  Their role may be complete whether you like it or not.

Lately, I’ve been humbled by the generosity of friends—long-term friends and friends who suddenly appeared from the wings of the stage.  They don’t all serve purposes I can identify except that we share unconditional love.  Now and then, friends step up to support me in surprising ways.  Friends have carried my first novel to no less than six countries.  They do it for me more than for the book, I think.  Anyone who has good friends is rich.  (Can you hear me, George Bailey from the old Savings and Loan?)

One truth is that you don’t always know who is or is not important in your life.  Appearances or wishes don’t make it so.  I do my best to treat everyone who struts across my stage with love and respect without handing over my script.  I want to be the friend who cheers the good guys on in someone else’s play.  Now and then, I realize I’m the “plucky comic relief”—like Guy in GALAXY QUEST.  Regardless of the parts I play for others, I want to remain a strong lead in my own story so I can take pride in the reviews.

5 comments on “Friends, Acquaintances, and People Photo-bombing Your Life”

This entry was posted on January 23, 2016 by Personal Journeys with Gramma in Musings and tagged Control, Dominators, Everything Happens for a Reason, Family, featured, Friends, Life is a Journey, Listen to Instincts, Listen to Yourself, Musings, People in Your Life, Purpose of Relationships, Relationships, Responsibility for Choices, Taking Control, Timing.