Travel to Belize…Who, Us? First Comes the Idea 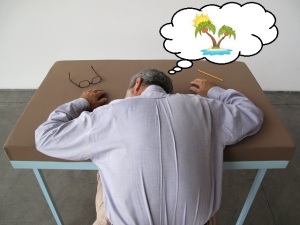 When my husband and I tell people we’re planning a trip to Belize for our first stamps in our passports, they gawk.  “You’re going to Belize?”  There’s usually the slightest gap at the end of the sentence where “…at your age?” would be the ending of the question.  Not that we’re that old.  It’s just that most people who are going to travel have started by now—long before now.  We didn’t have the time or the money.  We’ve cut the time short, but we’re still taking a huge risk spending money we may never replace, excusing it as a splurge for our wedding anniversary.  But all adventures begin with a risk.  I’m almost surprised at the wide smiles people give me as I tell them.  “Good for you!” they inevitably exclaim.

What I’m about to share isn’t a guidebook on how anyone else should proceed.  It’s just my story of how one pair of seniors tackled the difficult questions that come when the road to the future starts looking like a short, rocky detour.  This particular crazy idea came when I started fantasizing about teaching people who need me–whether or not they could afford my expertise.  I saw a segment on VERIA LIVING about Belize, formerly called British Honduras.  The official language is English while the population is especially culturally diverse and the food is generally local and organic.  And, only five people in Belize died of asthma last year.  Perfect.  But crazy.  It’s another country, for Pete’s sake!  My husband and I ran into a former colleague in a huge box store.  It had been months, maybe years, since I had seen him.  “So, why don’t you move to Belize?” he asked suddenly.  “I have a friend who has been trying to get me to move down, but I have kids.”

I don’t live by signs, but I think my mouth dropped open at the coincidence.  Another colleague returned from a course she had studied in Belize.  “You’d love it,” she insisted.  Suddenly, I was hearing the word “Belize” all over the place.  I bought a book about Belize from International Living.  The IL products offer information on an array of retirement options—Belize, Costa Rica, Panama, Ecuador…For the first time I started considering how much farther our retirement dollars might stretch in a country that wasn’t quite as streamlined as the U.S.  The specter of an old age staring at the wall in a cheap nursing home faded.  But I didn’t want an option that was only for retirement.  I want an option that just might work for the entire extended family.

One International Living article advised that people considering relocating to another country should spend three or four months in each of the candidate countries to see which would fit best.  Three or four months?  The airfare to Central America alone is enough to strike fear into our checkbook.  Our idea of a sound investment is an economy-sized bag of pinto beans.

The demands of my job started looking like an endurance test.  I made reservations for four days in Belize before the advent of the traditional hurricane season.  I avoided Costa Rica because of the active volcanoes.  (I don’t have that much bravado yet.)  The airfare to Ecuador was too costly.  So, the die is cast.  My husband and I are going to Belize.  We hope to find out if we can tolerate the tropics, if we feel comfortable in a foreign country, and if we can imagine a way for the family to be together.  This may be our last trip anywhere.  And it may be the beginning of a new chapter that will surprise us all.  Possibilities are hope and hope combats aging.