Believing You’re Worthy Because You Love 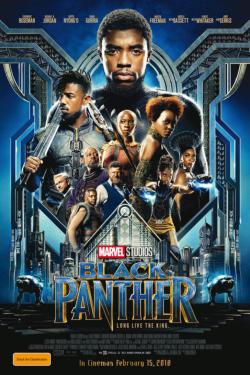 A couple of weeks ago I wrote that love is meaning—love for your self, for others, for what you do. When you’re acting out of your heart instead of hiding from possible injuries, your life has purpose and meaning. Love is the whole reason you’re here to reach out and grow. (I think that admonition applies to vulnerable empaths, as well, by the way.)

Like all good tests, love is deceptively difficult because you have to begin with self-love and self-love begins with self-respect. What makes you respect someone? First, that person isn’t afraid to be ethical, real, and consistent. If you express who you truly are, you will be attacked. But, heck, you’ll be attacked even if you don’t, so why not feed your self? For example, as more and more people of alternative gender identities come out, I’m naively amazed at the number of them I already admired for their accomplishments. I owe so many of them my thanks for great music, sports, art, theatre, fashion, etc., etc. I owe some of them my thanks for friendship. I respect myself for being open to new perspectives.

We say we admire courage, and many mean what they say. (Not all do; think of those who don’t mind verbally kicking Senator McCain now that he’s vulnerable simply because he hasn’t always done what they wanted him to do, although his detractors cannot imagine the agonies he has endured to survive and in their behalf.) LGBQT people must have courage to be themselves in a society that doesn’t understand how anyone could be different from them by nature. Surely the divergent ones want to change? Surely they can…? Think of how much more courage is required for other differences that can’t (and shouldn’t) be closeted, such as culture or race. The success of the film BLACK PANTHER proves that some segments of society are beginning to comprehend what it means to respect difference.

Those who love themselves are free to accept differences in others because they don’t feel threatened. They know who they are. They can accept that others may disagree with them, and that’s not intimidating, either. The haters are afraid. They’re convinced people with differences can somehow take away or distort their identities. They want to believe there’s only one right way to live and they’re doing it—although most ignore or violate the rules of the religions they claim to follow. They can throw away their honor, but no one can take it.

Those who love themselves aren’t afraid to see similarities between themselves and unfamiliar others. For example, straight men who love themselves aren’t afraid to empathize with gay men or women. Some believe we have lived as other genders in other lives, but even if you don’t, our brains have aspects of the brains of other genders. And race is the ultimate illusion, since there is no genetically pure person—a person with no genes from any other race. We all began elsewhere. No wonder knowledge of “strange” cultures—especially other languages—helps our brains thrive.

We experience self-respect when we finally believe we’re worthy of being heard, of being ourselves, of standing up for others. Hopefully, the young protesters will be able to preserve the self-respect they’re earning by acting out of love for their fallen friends. I want to tell our governmental “leaders” who vote against their own consciences in order to garner support, betraying your self isn’t worth it. “…If I have all faith so that I may remove mountains, and I have no love in me, I would be nothing.” (1 Corinthians; 13:2; Aramaic Bible in Plain English)

2 comments on “Believing You’re Worthy Because You Love”

This entry was posted on March 3, 2018 by Personal Journeys with Gramma in Musings and tagged #PersonalJourneyswithGramma, #SusanAdairHarrisAuthor, #TheWomanWhoSawSouls, Be Consistent, Be Ethical, Be Real, Believing You’re Worthy Because You Love, Courage, featured, Love is Meaning, Musings, Respect Differences, Self-Love, Self-Respect, The Black Panther Movie, Worthy of Being Heard, Worthy of Being Ourselves, Worthy of Standing Up for Others.

War & Peace
CatherineCarrigan.com
Write Your Best Seller In A Weekend