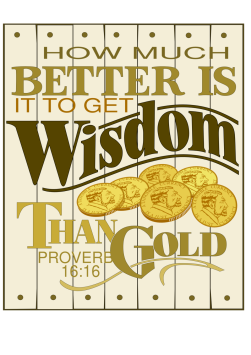 In common usage—except, apparently, for a cocktail of the same name—being “woo woo” is slang for holding supernatural, paranormal, or emotion-based beliefs. (Those who decry any whiff of the paranormal may want to stop reading, because it seems I’ve stepped into woo woo and I’m not afraid to talk about it. How else am I to gather the opinions of other open minds? You don’t have to embrace woo woo to discuss it. I don’t believe in trashing an idea until you’re certain it’s not useful. Yes, I’m an idea hoarder.)

Many times in my life I’ve been told I seem to be an old soul, meaning someone who is particularly wise. I didn’t think being an old soul was unusual. I’ve met many who think they are. Precisely what a soul is, if it exists at all, and how it might evolve is not mine to say—in spite of the fact that I wrote a novel titled THE WOMAN WHO SAW SOULS. I did my research and made up the rest. I don’t pretend to know what most consider the unknowable. I do trust my instincts, however, and my instincts (plus experiences I won’t share here) tell me the essence of a person doesn’t die. It moves on and is capable of touching base back in our realm.

One theory holds that we live multiple lives, between which we meet with sage elders in a place I’ll call the Other Side to review our progress and plan our next move—which may be to return to Earth in a new body. Psychics, mediums, and even psychologists who use hypnotism for soul regression sessions advise us that the prime directive for our souls is to advance to a higher level of consciousness through both experience and study—here and beyond. Some would say we work to approach the Source or God.

Among other books, I read what is presented as a 15-year compilation of the observations of hundreds of psychics, mediums, and those who’ve had near death experiences written by a former private investigator named Bob Olson. The book is titled, appropriately enough, Answers about the Afterlife. On his website, Olson offers a national directory of spiritual professionals he has deemed to be authentically gifted. I decided to use it.

Why? I’ve reached a point in my lifetime when I want to achieve as much advancement as I can before I die. If I could be regressed to a time between lives, I might find out specifically what I can do. Why not try? What could I lose but my birthday money? I felt like Timothy Leary experimenting with LSD—but not that foolhardy.

I called a famous psychic, although I was nervous about her prices. “I don’t do regressions except for healing,” she told me. “But let’s get together for coffee. I don’t have much chance to meet someone like you.” Like me? When we eventually sat down together in a coffee shop, I asked her what she meant. She said she could live a hundred years and never meet another person like me—an old, wise soul who has lived so many lives. Oh.

What does it mean to be wise? Honestly, I can’t say I’m comfortable calling myself wise. I’ve made too many foolish choices. However, I suppose wise people are still people, after all, and subject to human failings. I can affirm that I have been especially empathetic with certain people over the years—and occasionally able to say or write something helpful at precisely the right moment. If you can accept that fact as proof of wisdom, sign me up. If not, that’s okay with me. The psychic obviously believed what she said, because she shared some of her personal concerns with me and then didn’t charge me a dime for three hours of conversation.

I could laugh off her comments, I suppose, but what if she’s correct? What do you do with wisdom as opposed to lots of information? How can I rely on wisdom guiding me when I’ve made so many mistakes? What responsibilities do I need to honor?

I imagine Lucy from Peanuts setting up her advice booth. I don’t believe in telling anyone else what to do. To me, free will is a grave responsibility we can’t shuffle onto anyone else. We’re here to make choices and learn from the consequences. The best I can do for anyone is to point out options and/or lend encouragement. The psychic told me I’m here to inspire, to speak for those with no voice. I guess I’ll continue writing my blogs and novels.

I’m not sure why I feel unsettled by the insights the psychic provided. She told me to stop struggling to fit in with other people; try new experiences. Perhaps I’m accepting something familiar, something that makes me feel exposed. It was easier to be background. Who would I be if I stepped into a spotlight? Is that next? What do you think?

2 comments on “Wandering Into “Woo Woo””

This entry was posted on October 13, 2018 by Personal Journeys with Gramma in Life Stories and tagged #DeathLostDominion, #PersonalJourneyswithGramma, #SusanAdairHarrisAuthor, #TheWomanWhoSawSouls, Answers About The Afterlife Book, Approaching God, Approaching the Source, Being Wise, Bob Olson, featured, Finding What Is Next, I Am An Old Soul, Life Stories, Paranormal, Responsibility of Free Will, Seeking Advancement, Soul Regression, Souls, Supernatural, The Other Side, Wandering Into “Woo Woo”, Wisdom.