Invisible Heroes: Are You One? 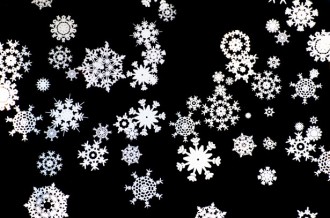 In times of disaster, we glimpse the heroic acts of people we never knew were out there—ordinary women and men who wanted to help. But those people don’t magically appear for disasters. They’ve been there all along. They perform small acts of kindness and compassion from day-to-day. However, few recognize their contributions, because they don’t do good for praise or pay or fame. They don’t have the resources to deliver grand gestures that would attract attention. They simply see what’s right and try to deliver as best they can.

You may be one of those heroes without realizing it. If you notice need and respond, you’re a likely candidate. You can’t always do what you wish you could do, so you sigh and figure you’re inconsequential. But the recent election demonstrates that even small acts of conscience matter.

In the past several months, we’ve been reminded that our society generally trivializes women and other minorities. Their pay rarely matches that of white men, and they’re often the object of jokes. Worse, they’re frequently the victims of denigration and even assault. And because the vulnerable dislike conflict, they grit their teeth and move on. Yet, when women looked at the way innocent children are being mistreated in the name of deterrence and programs designed to protect women were being dismantled, many stood up against the advice of men who were significant in their lives and voted independently—even when voting meant long waits and lost pay. Other minorities stood up for their own interests—which are the interests of others like them—for the first time, knowing change will require many elections to come. They stood up for the future.

Silent heroes don’t have to be a particular gender, race, culture or age. When you stand up for someone being shoved aside in holiday shopping crowds or exercise inordinate patience with a clerk who is vastly overworked or pause to make sure a child who isn’t your own has a ride home and a nourishing lunch, you’re a hero. Heroes are made of empathy—the ability to imagine what it’s like to be someone else, to treat someone else as you would wish to be treated if you were in their place—regardless of how like or different the person is from you. Heroes don’t demand qualifications from the people they help. Their acts demonstrate unconditional love.

So the next time you do something nice—not something to prove you’re nice, but something that will make someone else’s life just that much better—congratulate yourself. Compassion is like snowflakes. An individual snowflake seems temporary, fragile, and insignificant, but many tiny snowflakes can create a blizzard that will change the landscape. What you do matters, even if it doesn’t seem so.

3 comments on “Invisible Heroes: Are You One?”

This entry was posted on November 10, 2018 by Personal Journeys with Gramma in Musings and tagged #DeathLostDominion, #PersonalJourneyswithGramma, #SusanAdairHarrisAuthor, #TheWomanWhoSawSouls, Compassion, Compassion is Powerful, Empathy, featured, Helping Each Other, Helping Others, Heroes, Invisible Heroes: Are You One?, Musings, Silent Heroes, Small Acts of Conscience, Standing Up for the Future, Standing Up for What's Right, Unconditional Love.

War & Peace
CatherineCarrigan.com
Write Your Best Seller In A Weekend