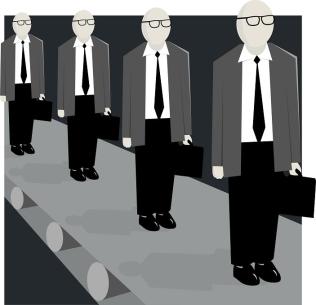 The gas fireplace stopped working. The damper on the woodstove insert rusted shut. A few friends suffered health issues. I couldn’t deny how much all of us rely on the expertise of others to help us cope. We are, indeed, part of a large web of humanity (and pets, of course) in which our separate skills, talents, and personalities fill gaps for one another. I cannot comprehend the people who imagine we would be better off if we were all the same.

Recently, a young actor was attacked for being himself. The attack wasn’t unusual. His crime was that he was different from the young men who wanted him dead. Perhaps they worried his sexual orientation might be contagious (a fear generally based in a mostly subconscious suspicion they might be emotionally vulnerable to homosexuality). Perhaps their parents told them future generations might not be as WHITE if alternative races are permitted to exist, as though being white has protected societies from doing evil. Perhaps they fretted they might one day work for a boss who isn’t white…or male. They have a vague idea that sameness is a value. I doubt they have a solid reason why.

Sameness is boring. People who can eat the same meat (hamburgers?) and potato (french fries?) meals day after day until their cholesterol excuses them from living, astound me. How do they know they’re tasting what drew them to that food in the first place? Don’t you love it when you don’t eat your favorite food for a long time and then rediscover the joy of it? It’s like eating when you’re really hungry. When I was “encouraged” to change my diet, I found out how much I had been relying on salt instead of experimenting with other flavors. I discovered new loves in “ethnic foods.”

What do groups in which everyone agrees talk about? I would guess their subjects center around how to make everyone else think as they do. BORING. And dangerous to creative thought. How many comedians, artists, musicians, and inventors have been different from the mainstream—because their unique perspectives gave them an advantage? We need difference.

Sameness dulls. Variety feeds the mind. Research tells us if you want to stay alert and interesting throughout your life, you have to shake things up a bit. Do things you never did before. Travel. Read. Experience.

Sameness lies. We don’t all feel or see or smell or taste the same sensations, much less think the same way. We can be equal without being the same. Some autistic people are not good communicators but they may be brilliant at concentration and repetition. We need our variety to build and maintain a vibrant human society. I’m grateful for the people of other races, nationalities, personalities, etc., who have helped stretch my understanding of what it is to be human. I’m grateful for the people with mechanical skills who could restore our fireplaces and the people with medical training who could restore my friends. I’m grateful to live in a world of diversity in which people are (to quote real person Denver Moore from the film of the same name) “The Same Kind of Different as Me.”

This entry was posted on February 2, 2019 by Personal Journeys with Gramma in Musings and tagged #DeathLostDominion, #PersonalJourneyswithGramma, #SusanAdairHarrisAuthor, #TheWomanWhoSawSouls, Celebrate Our Differences, Denver Moore, featured, Musings, Respect Differences, Same Old, Sameness Dulls, Sameness is Boring, Sameness Lies, The Same Kind of Different as Me Movie, Variety, Variety Feeds the Mind, Variety IS the Spice of Life, We Need Difference.